FSSAI to focus on enforcement

FSSAI to focus on enforcement of food standards in 2019

With new food quality standards in place, regulator FSSAI will focus on enforcing the regulations without impacting businesses, CEO Pawan Agarwal said Tuesday. During 2018, FSSAI accelerated the process of setting standards and notified 27 new regulations for food standards, he added.

"We are setting standards to ensure safe food to consumers and at the same time see to that they do no impact the businesses. Now that the standards (on food products) are more or less in place, our focus is going to be on compliance, monitoring, inspection and enforcement," Agarwal told .

Some of the key regulations include the ones on alcoholic beverages, food fortification, advertising and claims, packaging, residues of pesticides, tolerance limits of antibiotics and pharmacologically active substances.

A Parliamentary Standing Committee on health and family welfare in a report submitted in 2018 had rapped FSSAI over weak enforcement of food safety laws and also recommended restructuring of the autonomous body that functions under the health ministry.

Asserting that the big focus will be on enforcement, Agarwal said while some of the standards are made effective from January 1, the implementation time for other products has been extended by three or six months depending on the cases.

Microbiological standards for fruits and vegetables and their products, all provisions of organic food regulations and standard for honey, except few parameters where test methods are being validated -- are made effective from Tuesday.

According to FSSAI, three-month extension has been given to businesses to comply with the tolerance limit of antibiotics and pharmacology active substances.

Similarly, standards for alcoholic beverages will come into force from April 1, 2019 to coincide with financial year requirements of excise laws.

Food fortification norms will come into force from June 1, compliance of labelling requirement for frozen dessert would be applicable from July 1, FSSAI said.

The regulations on advertising and claims, packaging and labelling requirements of blended edible vegetable oils will come into force from July 1, this year. 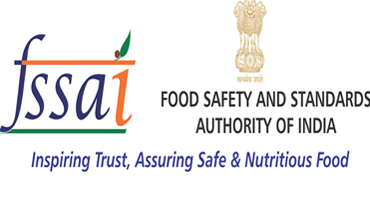 FSSAI to focus on enforcement of food